Just Her And I

Soon as I saw that white shaggy snow covered coat and her scared brown eyes, it was clinched. Poor dog, she accidently ran away and got lost in the snow, that cold January of 2010 at the lake.

When the owner told us she couldn’t keep her, well I turned to Tim, and he to me, and we smiled. I couldn’t even imagine back then how important she would become.

And when her old owner showed up again for a visit that last summer before Tim died, I told her how important Irish had become. How thankful we were to have her. How she was all that I would have, after Tim was gone. I told her about his Pancreatic Cancer. I told her how special I thought she was. And of course, I told her we re-named her Irish, after the lake.

She smiled. It was then that she gave me that photo of her when she was a puppy. So precious, having that picture of her. You can just see that little bitty tuft of her beard.

I’ve said it before, but I would be lost some days without her.

That first winter after Tim had passed, it was just the two us. So, we transversed that countryside, her and I. Three hour long walks around that big giant country block. Down those old train tracks, passed the lamas, and the 3 lonely trees.

Just her and I. 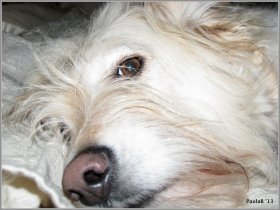 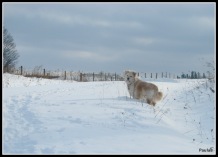 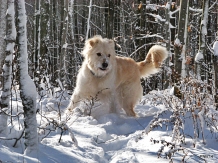 Our blocks may be smaller, our days less lonely, less sad, too.

Today, I take her to all my old haunts, now that I’m back in London.

And, even though she is like sleeping with a raw wool blanket next to you, I like that she’s there. And, I would imagine, the Village is strewn with white fur nests. 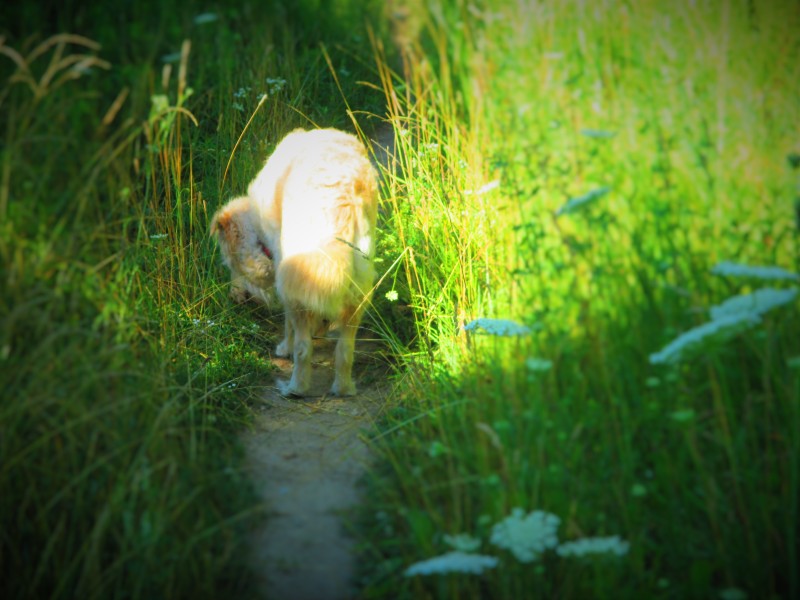 Once we moved here I decided to no longer give her treats for being good or listening or any of that malarkey. We’ve come to an understanding. Instead, we’ve decided on set times. We now have the morning snack, after I’ve returned from work snack, and occasionally, a just because snack. If she’s good, I give her praise, not food.

I’ve always believed that we may not get what we want, but we will be provided with what we may need; she is certainly what I need. There have been days I may not have left the house, if not for her.

This journey we have shared has had its ups and downs. Grief and loss, well, it robs you of joy, sometimes. Yet, this furry beasty, this fluffy four-legged, she pokes her nose in when she feels my sadness come. Almost, sometimes, like she knows it’s there before I do. She knows me well.

And on these walks we take, she now knows her way. She knows all the off-road paths, where the water tastes the sweetest, and just where to get the best tasting grass. And while she sniffs the news, I snap pictures of all that surrounds us. Birds and bees, and the flowers and the trees.

Just her and I. 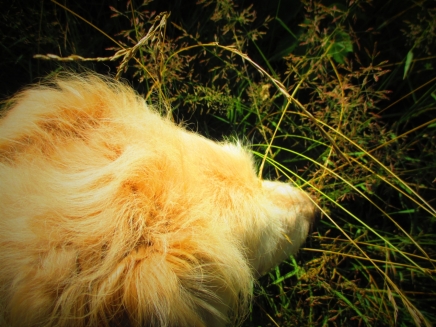 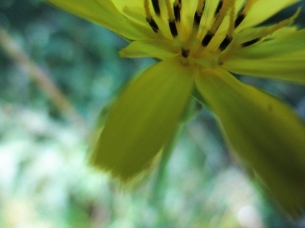