With stunning ineptitude we watch the president of the United States, more or less, show all the cards, rather than holding back, being strategic, perhaps using the pullout from both Syria and Afganistan as leverage in the region, or at the very least just the courtesy of informing allies, make arrangement for a NATO presence to take over, make a smooth transition, hey, maybe just keep shite quiet, or, here’s an idea, maybe have a little decorum?

From Carl Bildt, a former prime minister of Sweden;

“No smooth transition. No effort at reassurance to allies. Just Vindictive.”

Well, so much for that and not a surprise, Trump tweets yesterday that he fired Mattis, no doubt in a jealous fit of the coverage he was getting, and installed the Deputy Secretary of Defense, Shanahan, as an acting stooge. Which means, that as of today he has an acting Department of Defense & Justice, EPA & Chief of Staff, and with no Deputy at Department of Homeland Security, nor HUD, VA or SBA, too much winning yet for y’all?

Once again he demonstrates his incompetence, and that when it comes to international negotiation he completely sucks.

“Mr. Trump’s sudden announcement that he was firing a man who had already quit was the exclamation point to a tumultuous week at the Pentagon, where officials have been reeling from day after day of presidential tweets announcing changes in American military policy”.

So, reading between the lines, one does have to wonder whether or not the ol’rumpTus wasn’t ‘told’ to make this announcement (yes sir, no sir, right away sir), to undermine any strategic advantage the U.S. may have, em? Which means the puppet on a string once again is maybe aligning his interests with a foreign body against the interests of his own country.

He is no diplomat, has learned nothing, and is completely dumbfounded at the subtleties of international negotiation, of holding your cards close, never give more away more than what’s necessary, always hold something back.

I mean, he’s had almost 2 years now, certainly one would imagine that a normal individual, with no experience as president, which most don’t have, would have made some kind of effort to, oh, I don’t know, listen, learn, do better? Maybe?

To my mind, a good leader is one who is able to stand back to let those around them do their job, I mean, if he really has surrounded himself with great people, then why not allow them to be? No, this man just undermines everyone around him at every turn, in a dictatorial manner, which in the end ALWAYS weakens themselves, and whatever enterprise they control, and everyone loses.

Actually, that bit about holding back is a piece of advice my own mother gave me years ago, holding a little something for yourself, keep a card or two hidden, and I’ve found over the years has saved me time and time again. That little something can end up being, least for me, the difference between walking away with my dignity intact, or walking away with my tail between my legs.

Ol’rumpTus, once again, proving his art of the deal is all manufactured nonsense, a character scripted, as the truth that we can now clearly see is that man is no business tycoon. I mean, seriously, he went bankrupt so many times no American bank would touch him since the late ’90s, still, one would think he would have some leadership qualities. Which, of course, is where the Russian’s came in, and other shady foreign entities I’m sure, of which I expect we shall be hearing more about in the days, weeks, months to come. The fake boy has been able to rely on his millions that his daddy funnelled to him through tax fraud over years, as he basically ran everything he’s touched into the ground.

“His audacious personality and opulent properties brought attention — and countless players — to Atlantic City as it sought to overtake Las Vegas as the country’s gambling capital. But a close examination of regulatory reviews, court records and security filings by The New York Times leaves little doubt that Mr. Trump’s casino business was a protracted failure. Though he now says his casinos were overtaken by the same tidal wave that eventually slammed this seaside city’s gambling industry, in reality he was failing in Atlantic City long before Atlantic City itself was failing.
But even as his companies did poorly, Mr. Trump did well. He put up little of his own money, shifted personal debts to the casinos and collected millions of dollars in salary, bonuses and other payments. The burden of his failures fell on investors and others who had bet on his business acumen”.

Nothing has changed I see. Now he’s sponging off the people of the United States, forcing them to pay for a wall that most American’s do not want, and see no point in, his children off on lavish vaca’s, to the sum of $50K of the public coin, thousands of government employees possibly out hundreds of dollars, and just before Christmas, and surprise surprise, he blames everyone else but himself. But he doesn’t care, he’s got the public coin now to throw around.

Oh, and not exactly a surprise, but this Shanahan was responsible for squashing some pledge to “destroy the military’s existing stockpile of cluster munitions, allowing the military to once again arm itself with a type of weapon that has been banned by 102 countries largely because of concerns that the arms disproportionately harm civilians.”

Sounds about right, eh? As this man loves cruelty, though loves, even more, the slathering of angry libtards frothing at the mouth due to his complete and utter level of cruelty this man is capable of unleashing, no surprise he likes this Shanahan, guess ya can’t have enough yes man on your team.

“Aides say that Mr. Trump likes him in part because he often tells the president that he is correct to complain about the expense of defense systems”.

Now with the government shut down due to this contrived BS wall that is just shorthand for anti-immigrant, and there he is alone in his ivory tower, tweeting out missives to his loyal brainwashed minions, meanwhile scaring the pants off all his allies with one rash move after another, trashing good men who have been loyal to their nation, and not just some toadie.

I still, even today, can’t help but wonder how on earth this man was able to hoodwink so many? How? Why couldn’t more see that he is fake, just gold leaf over some crude metal disguised to look like something it is most definitely not. And do it over and over and over again, but, yeah, people are greedy and that greed is generally their downfall.

Oh, but he is a showmen, all puffed up, out front, all eyes on him, just one stream of consciousness spewing from his orifice, not even aware of half of what he says, doesn’t matter anyhow, its all about the moment and making those in front of him happy, saying all the right things, stirring them up, and all with the intent of grifting them, spinning them, manipulating them with a shared ignorance.

He plays to his lowest common denominator, the base, the only thing that matters, all he really has left, standing all alone in that oval office, raging at the media for reporting what they see, what he has done, what he says, and, so, what? Media is supposed to ignore criticisms from world leaders? Praise of men who have served their country? Should not report how stunned and sideswiped his defense department was, how shocked experts in the field were? And of course, turning tail on one’s allies, with no notice, betraying their trust and most certainly possibly blowing up any future foothold the U.S. has in the region. With them out, Iran and Russia will move in, and few in the region will ever take anything said in good faith from this administration, heck, worldwide. But, no, they should ONLY be singing his praises, not reporting the truth, not reporting on what they and everyone else see so clearly before our eyes? The man is a fool.

“Trump’s decision to withdraw U.S. forces from Syria, concurrently with his intention to drastically reduce the number of American soldiers in Afghanistan and the likely soon-to-be-announced further draw-down of U.S. personnel in Iraq, has made mincemeat of the administration’s efforts to contain Iran. If you add up who wins locally by this decision (the clerical regime in Iran, Russian President Vladimir Putin, the Syrian dictator Bashar al-Assad,  Lebanese Hizbollah, Iraqi Shiite radicals, and Turkish President Recep Tayyip Erdogan) and who loses (Jordan, Israel, the Syrian and Iraqi Kurds and Sunni Arabs, everyone in Lebanon resisting the Hizbollah, the vast majority of the Iraqi Shi’a, the Gulf States), it becomes clear that the interests of the United States have been routed”.

The Atlantic
Trump Delivers a Victory to Iran
Dec 24th, 2018

Nice job, eh? Within the space of 24hrs, the idiot potentially destroyed decades and decades of U.S. relations worldwide. Any leader negotiating with them has learned, if they didn’t already know, he certainly made it crystal clear to everyone that anything he says means nothing, his word means nothing, he has no clue half the time what the heck he’s talking about because he doesn’t listen to anyone, and quite frankly I think he is a real and imminent threat to American security. He is possibly compromised, certainly stupid, and completely unhinged.

I wonder if that simpleton mind of his even really grasps any of this, doubt it. While he’s playing checkers, his handlers seem to be playing chess.

featured image by sk on Pexels.com 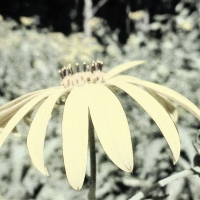 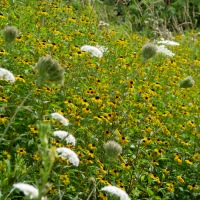