The tide is turning, and the swearing-in of the 116th Congress brought with it a breath of new faces and renewed hope. And as Fox’ misogynist Tucker Carlson has said himself women do belong in the House, significantly 100 years since women first gained the right to vote in America brought historical numbers sworn in of that gender, and with it a more balanced union reflects the true face of America, not the whitewashed male one the GOP prefers.

Also comes a menagerie of fresh ideas, objectives, of class and colour, belief and backgrounds, of east to west and north to the south, some on the right and others on the left, oh yeah, we’re in for a fight.

“Water does not resist. Water flows. When you plunge your hand into it, all you feel is a caress. Water is not a solid wall, it will not stop you. But water always goes where it wants to go, and nothing in the end can stand against it. Water is patient. Dripping water wears away a stone. Remember that, my child. Remember you are half water. If you can’t go through an obstacle, go around it. Water does.”

So some danced and others cussed, passions broke through a wall of ineffectual masculinity, a wave of feminine power and possibilities, though somewhere in the future kind of possibilities.

Make no mistake, impeachment and/or indictments at the highest levels, resignations or otherwise are still well off on the horizon. You can guarantee he will not go down without a fight if he goes down at all.

Yes, there are no guarantees; none. The world is topsy-turvy and up is down and down is up and both sides play dirty cause they believe they are playing for keeps. There are no white hats and black hats in this not OK corral of corruption anymore; though, sure, the Repubs stole all the cookies for their little tea party, leaving the left holding moral crumbs.

I rose from slumber this morn with a racing bunch of thoughts, a hazy memory of a dream, a sense of dread tinged with hope, and one name swirled around, McConnell, and gawd why that particular motherf…er?

There certainly are a lot of angles right now, a lot of issues out in the wild to focus one’s attention, yet with the government shutdown today in its 14th day, McConnell is the gatekeeper to the POTUS, the man between this inept 45th and a new formidable Congress.

He knows that if he caves that he could take their whole deck of dirty gerrymandering deeds down and ignite a crisis. The bill the 116th Congress past to re-open the government is the same as the Senate voted for 100-0, so why won’t he put it to the Senate floor again? Why, because if he does it squarely places the burden of the shutdown, with no a shadow of a doubt, right at the president’s doorstep. Knowing the president will veto it, it more or less acts like a vote of nonconfidence, a vote against what McConnell and the GOP know to be the wishes of their delusional leader.

The Democrats have thrown down their gauntlet, to look at taxes and lapses in judgment, corruption, and obstruction of justice, to name but a few reforms that are well overdue, but the first order of business is to get the government up and running and leave the DHS and border security issues off the desk to be dealt with later on. Of course, the POTUS is not, um, in a rush as he’d rather fiddle while his own people are burned.

“He that can have patience can have what he will.”

And, what she will, in this particular case. And what is her will? Patience.

At the podium, in the hallway, she exudes that patience. Pelosi has played these games before, and with more experienced players, and she has a habit of getting what she wants, she plays to win the war and is less concerned with every single battle; she’s been here before, bought the T-shirt, it’s now a rag.

She sees her goal and holds the gavel in her hand with experience. It could be said she does not control Congress, certainly not this bunch, because she is less concerned with civility and more focused on accountability; perhaps a concept now foreign to this Gingrich corrupted crop of GOP.

In my minds eye I can still glimpse the dream that left McConnell’s name in my brain, and this mass of people standing outside the Capital, and this single man atop this set of concrete stairs, smugly believing himself above the law, oblivious to the rising tide, the slow patient steps, one by one, day by day, watching him standing up there all on his own caught in a trap again of his own making.

Again, this inept man has managed to box himself into another crisis born of ignorance, and once again seems to believe the general populace at large is on his side – or, perhaps more correct to say he knows his base believes in this silent majority underneath the barrage of negative media he receives.

I wonder if the man knows how really vulnerable he is right now? I mean, with only McConnell between him and the will of the people?

As Pelosi’s daughter, Alexandra, argued in a recent TV appearance, she is an effective fighter in any war of words.
“She’ll cut your head off and you won’t even know you’re bleeding,” she said. “That’s all you need to know about her.”

Yes, the tide is turning, though this is no tsunami, instead it is tidal power of patience pulled along like the moon, illuminating the truths hidden so long from our view by the GOP and that corrupt crew.

If you notice, this POTUS is like a magnet to swamp dwellers, and as such he draws them out into the open, and you can’t get rid of a thing until you can see it, right? Yes, time and patience. 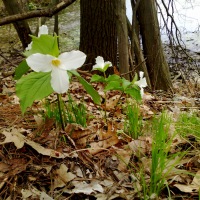