I have this Great Great Great Aunt Margaret who is buried in our family plot and we know very little about her. We know where she was born, and we know where she died and what of. I know who her parents were, and that she immigrated here in 1886. I also know at some point she got married, or atleast I assume she did; at the very least she changed her last name. We know nothing more. 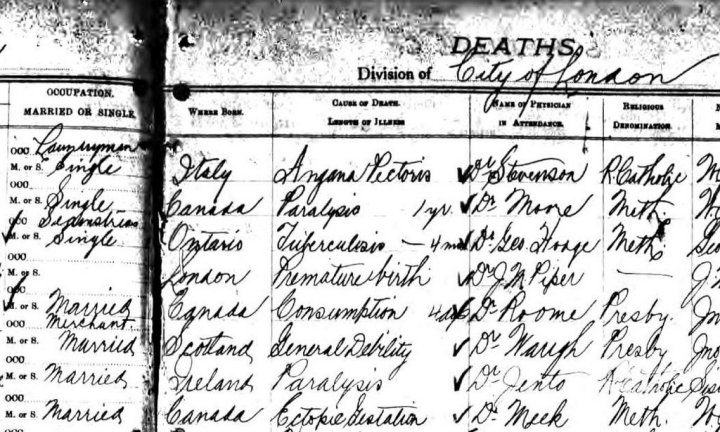 When Great Aunt Helen was alive I asked her what she knew, she said that she was “nobody – no relation – just someone who had nowhere else to be buried”. The grass had grown over the headstone and we didn’t know anything about her but her name. She is our GGGrandmother’s younger sister – the sister of the woman who lived and died back at the Homestead.

She has become a bit of a project. I can remember the day my sister and I pulled back the grass back from her headstone, and we for the first time discovered who she really was to us. It was than and there, as I was standing at her grave, that I decided I would find out who she was. It saddens me to think her life has been completely erased and her stories are gone. I don’t know a great deal about some of my ancestors, but I do some, like who or if they married, where they lived, what they did for a living. I know none of that about Aunt Margaret. She is a mystery.

So far my hunt for more about her has been merely tantalizing bits of nothing. Last week I found her name in an online record of insane asylum inmates, 3x, at different ages in different places in Ontario … but the dates of where they were and when they were that age is confusing. Also, I have no way of knowing if it’s her. Her name was just too too common at that time. Without access to the records, I can’t verify. In that department though I do have one lead I’m pursuing.

Asylums at the turn of the century were nasty places, and you didn’t have to be insane to be committed. I’ve heard of whole families being committed when the father dies or is committed. In some cases whole families were sterilized. Woman could be committed just on their husbands say so, sometimes to gain access to property or inheritance, or just from spite. 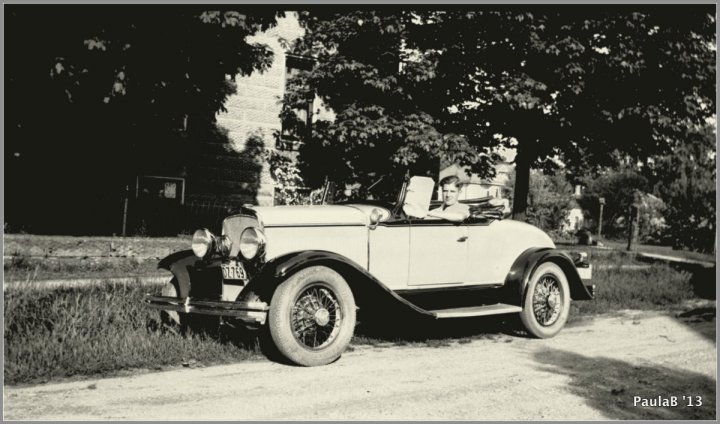 You do need a little flesh on the bones before you can start sketching a picture of who someone was though. Unless of course you go and get shot outside the funeral of the girl you got pregnant out-of-wedlock, who you refused to marry, and who than died in childbirth – and who’s funeral you were expressly told not to go to. Than I know ALL I need to know about that particular GGGreat Uncle. I found a whole article about this “stray cat” relative from an old Ontario newspaper from 1865 online a couple of months ago. This is the clan who eventually popped out a Judge.

Now, don’t get me wrong, no one in my family was ever famous or royal. Not a one. We were all just plain folk – cattle herders, dairy farmers, labourers, secretaries, nurses, railway employee’s and a few deacon’s and southern freewill baptist preacher’s or two down south.

These stories do not just exist in little linear packages. Stories are just not like that. They are entities onto themselves as you grow and change. A decade or more ago now, someone like Aunt Margaret was of no relevance to me and I didn’t care at that time that I didn’t know more about her. Now she is very relevant.

Oh, but I do love a good mystery and by hook or by crook, I will find you Aunt Margaret.

Yesterday I found perhaps another “wisp of a hint” of my Aunt Margaret. A “possible” marriage certificate, with some correct names, but with a wrong year from 1899. A possible daughter in one census in 1901, if the marriage is the correct person.  Than nothing in the 1911 census – she disappears again. Although, perhaps Great Aunt Margaret was one of those who lied about her age. I’m determined to find out who she was – whether she be a pauper, prostitute or home maker, I want to know – and what happened that she ends up so completely forgotten?

17 thoughts on “The Mysterious Margaret”