I’ve been but skimming the surface of Early Christianity lately, and finding all sorts of nuggets of wisdom hidden under the folds.

I find these early philosophies of peace, self-discovery, and grace, rather tantalizing. Some of these groups are thought to be very ancient, and precede the first century A.D., and even are thought to come from “ancient Maji tradition descended from the most ancient priesthood since ca 20,000 BC” [Essenes | Wikipedia].

Which reminds me that I’m familiar with that sense of continuity, as it’s an idea Mom was always expressing. She, when asked about the Bible and/or Church, would say that Christianity is not preaching anything that’s new… and I’ve learned that she was in fact right; much of this wisdom predates it, sometimes by millennia. I guess that is why it fascinates me so much.

As I’ve said before on this blog, I was rather evangelical in my early youth; going so far as to tell my Mother she was going to hell for not going to church…and other rather heavy hitting religiosity for one so young. Mom ever after refused to let me go to church with GrandmaD, as Grandma let me sit upstairs with her, rather than going down to Sunday School.

The Anglican Church is certainly not known in Canada for such fervent and vocal preachiness. GrandmaD wasn’t particularly preachy, but the Priest at our church was, hence Mom’s ban.

With all this reading, one group right now seems to stand out – The Essenes – and, seems that everywhere I look I get a slightly different view of them. How can you not be enamored though with a group that communicated with Angels? Each member knew the names of all the Angels, and what their properties were. In some ways, one can find a certain wisp of the polytheistic in this belief, and the power given to these ‘higher‘ beings.

In one documentary, they related how the Essenes, for instance, believed in the ideal of self-sacrifice for a higher cause. These communities shared a common desire – giving oneself over to this life of peace and grace, though recognizing and refining the ultimate challenge of healing the wounded world they saw around them. These people were looking both OUTWARD and INWARD.

I see them somewhere between a Vulcan and a Buddhist – reserved in action, thoughtful, and with a sense of self that precludes deeper emotional states. Of course, obviously, Roddenberry was very influenced by Gnosis, Buddhism, and other belief structures that prescribe a dose of self.

I wonder, though, were these men who wrote these words, who worshiped in this fashion, were they in fact an ancient sect? Perhaps these beliefs predate much of even the old Testament. Some scholars seem to suggest a very ancient pedigree for these ‘chosen ones‘. Some of the Dead Sea Scrolls (some attribute to the Essenes) date back to the 4th or 3rd c. BC.

The Book of Enoch (also 1 Enoch[1]) is an ancient Jewish religious work, traditionally ascribed to Enoch, the great-grandfather of Noah. It is not part of the biblical canon as used by Jews, apart from Beta Israel. It is regarded as canonical by the Ethiopian Orthodox Tewahedo Church and Eritrean Orthodox Tewahedo Church, but not by any other Christian group. [The Book of Enoch | Wikipedia]

So, still off on tangents. Chasing Enoch now. The Book of Enoch was apparently an important book to the Essenes, and there is some discussion of perhaps this group being descended in some fashion from Enoch, or his people.

This first section of the Book of Enoch describes the fall of the Watchers, the angels who fathered the Nephilim (cf. the bene Elohim, Genesis 6:1–2) and narrates the travels of Enoch in the heavens. This section is said to have been composed in the fourth or 3rd century BC according to Western scholars.[67][The Book of Enoch | Wikipedia]

Interestingly, one of the original copies, written in Aramaic, does use the word “The Watchers”… in place of Angels. Some scholars say that these writings are merely the stories created to fill in the gaps left by the tantalizing sentence contained in the Canonical Scripture, ie. The BIBLE.

Enoch (/ˈiːnək/; Hebrew: חֲנוֹךְ, Modern H̱anokh Tiberian Ḥănōḵ; Arabic: إدريس‎ ʼIdrīs) appears in the Book of Genesis and a figure in the Generations of Adam. Enoch is the son of Jared (Gen 5:3-18), the father of Methuselah, and the great-grandfather of Noah. The text reads—uniquely in the Generations—that Enoch “walked with God: and he was no more; for God took him“, (Gen 5:22-29). The Christian New Testament also has three references to Enoch (Luke 3:37, Hebrews 11: 5, Epistle of Jude 1:14–15).

One Essenes community, near Mt. Carmel, was believed to be the home of Mary (Jesus Mother). It was here that the family returned to, after spending years in Egypt, and returning only after King Herod’s death. King Herod having ordered all first-born males killed, so the family escaped to the fertile Nile. On their return, the family settled in an Essenes community. Also, John the Baptist is often thought to have been raised in an Essenes community; as he is thought to of come from the area around Qumran, where the Dead Sea Scrolls were found. These communities, through recent excavations, have suggested that these communities were “Communal” in nature, sharing in all tasks and living (men and women) as equals.

The obvious question, did early Christianity grow out of a more ancient movement? Perhaps one that began way back in the mists of early Biblical times, back in the days of Genesis, and Enoch and The Watchers and the “Nephilim”. In a time of diverse beliefs, and maybe even back to the infancy of the Hebrews, and before Babylon, and even before the ancient flood that swamped the Black Sea. This flood is thought to be synonyms with the Biblical flood, and would have dispersed large communities across the Middle East (Black Sea deluge happened 5600BC). This hypothesis would suggest that perhaps we have contained within these stories the tales and legends of these earliest Peoples.

Very tantalizing to look back that far into the mists of time, and recognize that perhaps we have some remnants of what those ancient people believed. Some evidence suggests that The Essenes may be one of THE earliest incarnations of the Hebrews. Some postulate that at the time of Jesus it was the Pharisees and Sadducees that ran The Temple. Between the three, the Essenes, the Pharisees, and Sadducees, a great schism existed, and defined Judaism at the time. These ideas could very well have had its roots way back in the Hebrew pre-history, and the Essenes reverence towards Enoch was their identifying with the earliest traditions and ideals of the faith.

Much the same types of schisms can be observed today – dividing those of faith, and one group lording over the other in this belief in their own superiority. As much as things seem to change,  they stay the same. Deep within the lines of The Book of Enoch, does lie this enchantingly mystical world, and that sense of purity and grace I feel when I read some of the lines… well, it is soothing somehow. 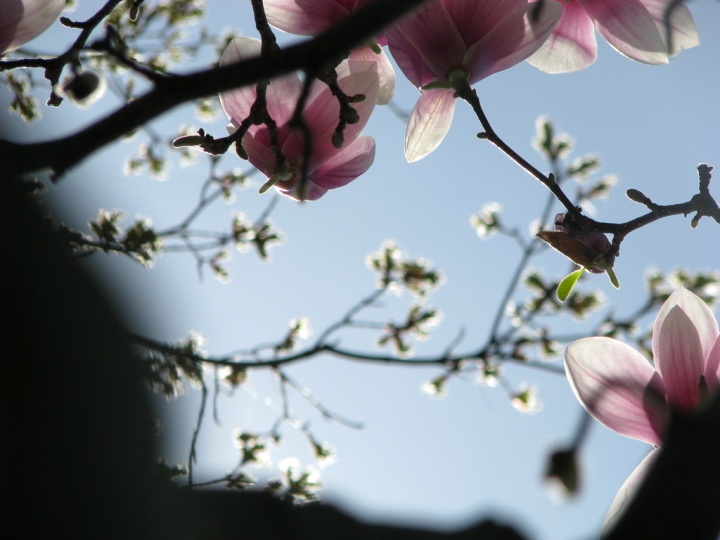 The introduction to the Book of Enoch tells us that Enoch is “a just man, whose eyes were opened by God so that he saw a vision of the Holy One in the heavens, which the sons of God showed to me, and from them I heard everything, and I knew what I saw, but [these things that I saw will] not [come to pass] for this generation, but for a generation that has yet to come.