SEPT. 16/73 – Lost another tooth this week. Lower right next to front one. Seems strange…just as Lexi gets a tooth Paula loses one.

She really is enjoying school. Walks every morning & walks home every night. She is learning to read and is delighted with it. I have her read when she comes home & she is really getting along fine. Certainly is a change from last year. Even likes having her hair washed. Likes staying overnight at Grandma’s wants to all the time. Had a big row with her Friday nite about it. Usually very easy to get along with.

Funny thing is, that could actually describe me today. In some, em, metaphorical sense (right word?) even the first bit about teeth.

I’m fairly easy to get along with until you won’t let me do something I really, really want to do; then I get this fury inside that sometimes can not be contained.

Course, you know all about that, eh?

And Mom, thank you for making me read every night. You know what? I’m reading the Chronicles Of Amber again. I gave a copy to Lexi and the girls for Christmas. I told them that they were under no pressure to read it. To take their time. Take years if they want. But read it some day…that’s all I asked of them. I told them it was your favourite, and that you had given it to me when I was in my teens.

No guarantees, I know, but I put the bug in their ear. Lexi reads like a fiend, so they’re surrounded by her grand tomes she is in the midst of reading.

NOVEMBER 18/73 – Paula is finally eating better. Even looks like she’s putting on weight. Went to church with Grandma today. It was a service with guitars & stuff. She really enjoys church.

She told Mrs. Reid today that she draws a lot when she’s lonely. She was really wound up today. Wild as a March hare.

Gets angry with Lexi because Lexi wants to do everything she’s doing. It’s a bit rough on Paula. Still doesn’t like going to bed & still gets up at the crack of dawn. Really amuses herself very well.

Strange, all these years later I have finally realized that I am much better on about 5 – 6 hours of sleep. More, and I feel sort of draggy and dull. And still up at the crack of dawn, so good thing I have a job now that takes full advantage of that.

I don’t know if you realize it Mom, but even now, these words of yours resonate. They tell me things about myself, well, that otherwise would be mere wisps and such of how I was when I was young. But with these words of yours, I can almost remember that 6-year-old little girl. Almost see her. That little catalogue card of memory I have filed away, and opens up a piece inside I guess.

I have often wondered what prompted you to journal out the days and milestones that defined my childhood. I think you said you started it when I was, what, one year old? Anyways, while we were still in North Carolina.

I suppose it was to get through your own loneliness.

MAR. 21/79 – Has her own ideas about what she’ll wear.
– Right now wants a pair of roadrunner jeans or none. Can be a pain.
Long conversations on the phone – beginning!
Hope she remains as sweet and open as she is now.
– I love you Paula.
JUNE 29/79 – 1st bra.
AUG. 22/79 – Had Lori over for her 12th birthday. She came over Wed. night & stayed over. On Thurs the 16th, Mom & I took Lori, Paula & Lexi and left them at the Odeon to see “The Muppet Movie”. They really enjoyed it.
JULY 2/80 –Started menstruating June 30/80
Is playing house league base ball this year – got her 1st home run tonight – Super.
Had an excellent school year. Has exempted in 3 exams – History, geography & science. Paula was really pleased & so were we for her.

It’s into Grade 8 next year – I hope it’s as good a year next year.

Really is growing into a very nice young lady.

Seriously Mom? Awful quiet on the comment front there concerning the ol’period.

Well, I remember the day clearly. Course, couldn’t have remembered the day exactly, but I recall how I felt. I was excited, scared, bewildered, and terrified you’d tell Dad. You promised me you wouldn’t tell Dad, and then you fixed me up with this belted contraption (no sticky stuff back then) held together with clips.

I remember you told me years later dear god Paula, of course, I told your Father. That was important. Of course, I get it now, but I would have been horrified that he knew back then.

April 27/82 – The week before we left for Florida – caught Paula in Dwayne’s car, but she lied & said it was Deanne’s cousin.
– Know’s she’s not allowed in cars till she’s 16.
– Now she know’s it for sure.
– Dwayne & she are going to a dance at the arena on May 1st. She gets driven & picked up by me.
Dwayne calls every night.

I still read those words today, and wonder who YOU were writing to? ;-)

I Love You Too Mom, 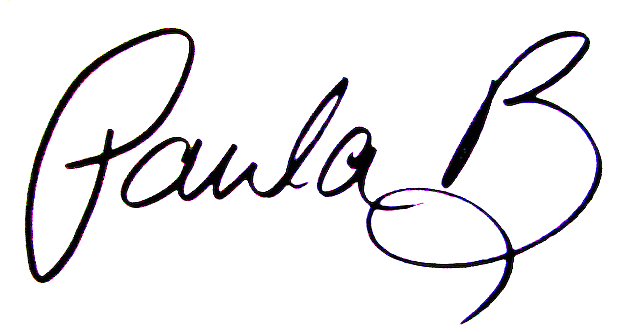 One thought on “Wednesday’s Child Is Full Of Woe” 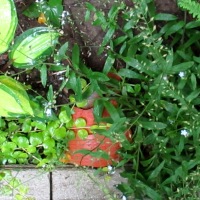 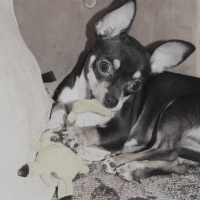