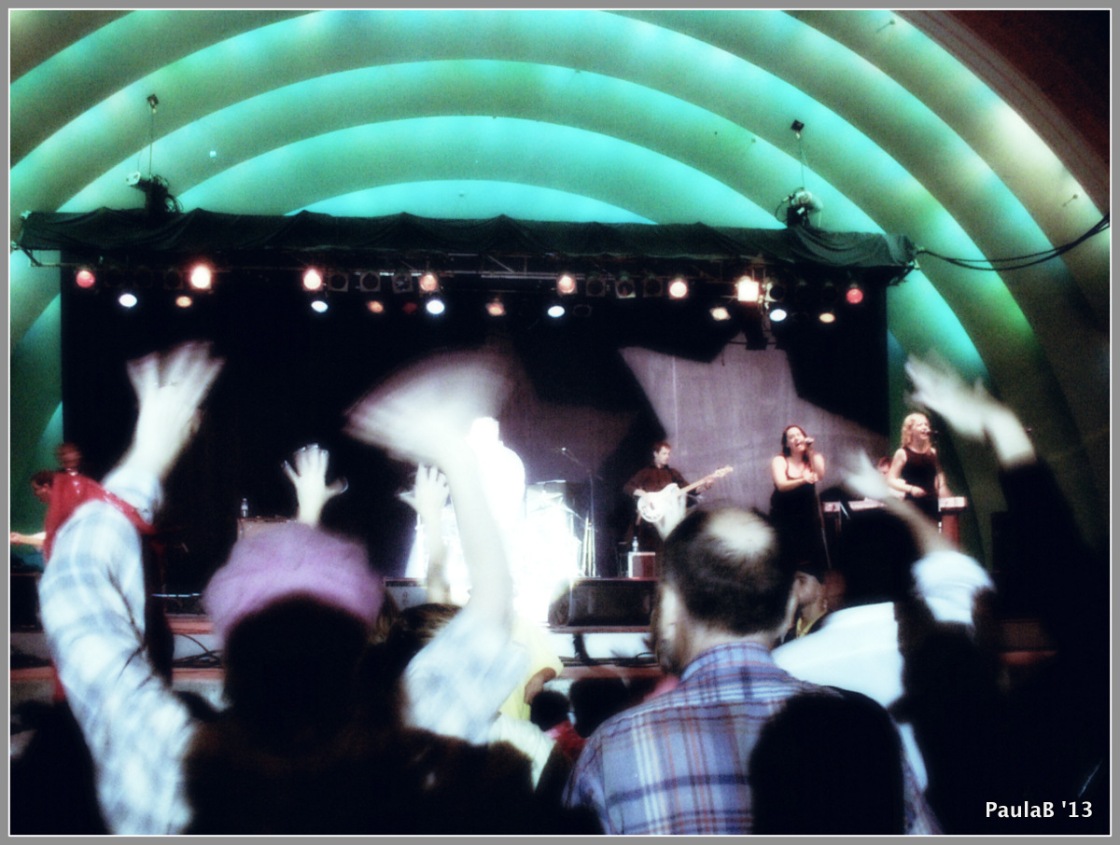 It comes on the radio at just the right time, or that old school friend played it for you just after that boyfriend dumped you. Maybe it was the song your parents always danced to after you went to bed. Music is the soundtrack. It’s the dramatic pause, or the cliff hanger highs. Music often is forever wrapped up with moments and memories that go way back to, well, I suppose back quite a ways for myself if I include music that reminds me of Grandpa (Ava Maria), or Simple Gifts (Grandma).

I would have to include “the Night Chicago Died” by Paperlace. That is MY favorite song of all time over every other song ever made and that I will ever hear. I have no idea why. No particular memory. Just love the song, love the story, love that it’s Chicago, love the romance…ya know the “bust her to his waist” line emmmmm, delicious stuff. Love that. It’s always about the story, I guess. Least ways it is for me.

For instance, take Paul McCartney & Wings “Silly Love Song”. This reminds me of traveling to North Carolina to visit Dad’s family. Every year there was always the discussion between Mom & Dad about taking the inner beltway around Washington D.C. so we could get a glimpse of the Capital. Dad was completely against it and as the driver he was the car GOD. The boss. The Captain of the ship. Probably one of the few times in his life he ruled anything with my Mom around, so he made his wishes clear. NO!. That was Dad’s answer almost to anything you asked him. Still is. NO! I can maybe count on one hand how many times I think he really EVER even SAID the word yes. It’s like he’s spitting out dirt from his mouth on the rare times he does.

Except for that one year. I have no idea what changed his mind. Maybe it was the sunshine.

I remember it like this – It was a hot summer day, and the sun was shining, and Mom had her window open. We had just had lunch and it was early afternoon. I was leaning against the window, eyes glued to the right out the window. I was way beyond excited. I was in zen state, starring starring. To ACTUALLY maybe maybe maybe catch a glimpse of Washington D.C. FINALLY. It was trees trees trees. Passing cars. More trees. Houses. OH Houses. Buildings, more buildings, briefly, through the trees. I remember we were rounding this bend, cars all going the same speed and it was actually a very quiet day on the highway, if I remember correctly. That must have been why Dad changed his mind that year. It was very peaceful, in the car, on the highway…felt like everything was floating on sunshine that afternoon.

It seemed like I’d see nothing maybe after all. More trees, more ugly old warehouses and what ever little you could see. I was getting tired of it. Bored. Losing zen state. Than the song came on, Paul McCartney and Wings, “Silly Love Songs”…and I felt everything just rejuvenate. Picked me right up. And than it happened…the trees opened up and Mom goes …

“Ok Girls, NOW look out to your right….that’s Washington D.C.”

And there it was…I couldn’t even take it all in. It was vast…all I remember is the Sunshine and white stone colour and buildings…brief vision, but foggy. I have no idea why it was so important to me. I felt Canadian, I was in my heart…but my Passport said otherwise. This place, this United States of America was where I was born. This was my Dad’s home and native land…and mine too. I wanted to know what the home of the leader of the free world looked like. This land of OZ. The song is etched on the ol’memory banks. So it goes next, as to importance. ;-)

I won’t go into them all, I don’t think we need my complete discography.

For me that is just what music is though – it is in the vibration of the sounds maybe, the wave form they take sooth me some how. Like the magic of the Fibonacci’s ratio, they move your particles around and etch themselves on your soul. There is some science behind music and its effects on our physical and mental selves. Music speaks to us on two levels, it approaches the right brain with its symbols and the left with its geometry. Music is both Beauty and Chaos. Movement requires chaos as the catalyst to enact change, motion, growth.

Maybe that’s what music is… vibrations working their way into our interior architecture and leaving fingerprints.

This is post is part of the Daily Prompt: Musical