To say the least, this stroll down the drafty lane is an exercise sometimes in throwing caution to the wind and just let it be, let ‘er fly, flow, and this is one of those, I suppose.

I had to think about this one for a bit, trying to untangle what the heck I was talking about, and then I remembered, I took a stroll back through the posts of August, and one was a poem, and the other another letter, but one to me instead. There were not many, maybe three in total, all fiction, but I took on the persona, I became her, I was her, I spoke like her, so much so the first one gave my sister chills.

It was letters from my Grandmother to me, my mom’s mom, she had died in March 1984, Mom October 31st, 2001. Yes, telling a story in a different way, finding my voice, exploring, stretching my writing muscles, going with the flow of where the words took me.

To be honest, it was almost kinda spooky, as I wrote them there was the spirit of truth that I channelled, a voice we had not heard in over 32 years.

This is not a dress rehearsal.

You were quite right when you told the Palliative Doctor at the hospital when you were taking your Mom home to die that “you can’t mess this up“. You can’t make a mistake with death, but you can with life.

By not living it.

So, that’s some background, here goes. 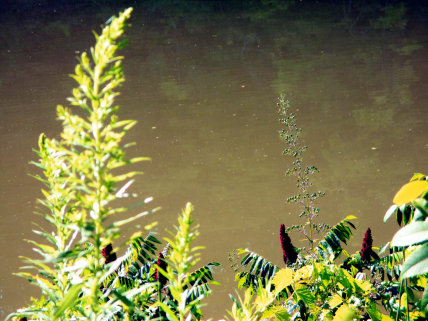 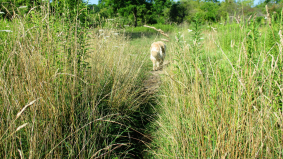 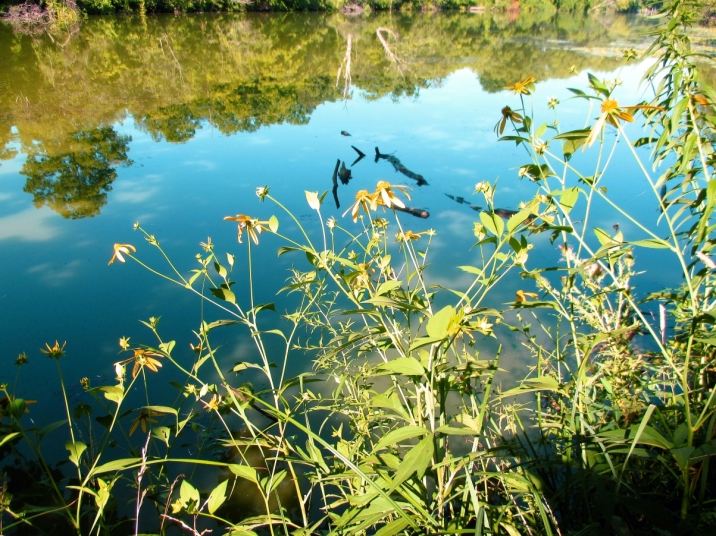 Yesterday, as Irish and I was exploring the Abandoned Orchard, I got thinking – I own every moment. I own this moment. I own every glass of water, every sip. Every morning on Rose, biking to work. Every day I remind myself, that I own my stories, my memories, my experiences. Each breath, each lie, each laugh, each sigh, each tear.

Because it’s mine. My story. I could change the ending. I could use everyone I meet in a story.

However, another thing I’ve learned is that it is definitely easier to talk them out in my head than it is to actually write them down. Which is what I had been doing most of my life, and what I happened to be up to whilst exploring the orchard.

It is FAR easier to change MY ending than it is to actually write any of this stuff down. It is akin to vomiting when you don’t feel sick.

I had wanted to at one time write fiction, I thought that’s what I wanted to do, you know, create fictional, fantastical stories. Maybe I was wrong? I do want to write stories, but it’s a question I suppose on how I want to tell them.

What prompted this line of thinking was that story from last Friday night. In my mind, as I was exploring, I was re-writing the ending. Giving it this totally high romantic finish, leaving out the part in my warped mind where I had a giant poop in his toilet before I left (even left a smear on the porcelain bowl).

I guess that all comes down to that obsession I have with truth. Dishonesty, double-edged sort. I squirm whilst enjoying its rare merits when required, yet, demand it still of others. I guess that makes me a hypocrite? Oh well. Guess I’m a hypocrite then, Mom.

I think I could really trump up a much more pleasing outcome, though. Like, we meet accidentally one year on… maybe on a bike ride?

Like, I am cycling away, maybe towards The Mount, let’s say. I swerve to avoid something on the pathway and fall off my bike. He just happens to be coming along and gives me a hand, and that’s when we say, at the same time, of course, “don’t I know you?“.

And there it is, a morsel of some of the crazy stuff I think about. Seriously, Mom. I make up these stories, but all in my head. I think I’ve always done it, so I can’t really recall a time when I didn’t. I change endings, rewrite history, say different things. Go over portions of my day…like lightning fast, they swirl by, and I white-wash, re-write, rework…erase… continue forward with the new storyline.

The vast majority never see the light of day outside my head.

I suppose, after it’s all said and done, the ones that do actually make it out of my head have really gone through the wash, one could say. I’ve composted, weeded out, and whittled them down…and finally…one day… they take on a life of their own. That’s when it becomes a matter of not wanting, but having to write them down.

One thought on “So Saith I This Is The 48th: to fiction or non”